In the exhibition Cancelled World Tour, Rasmus Raphaëlle Östebro reimagines Whose Museum as a backstage dressing room and hypothetical stage for their extended persona Belle from Hell. The transformation of the museum allows passersby to gaze in through the windows, turning the space into a vitrine shimmering with potentiality.

Working with abstracted strategies originating from drag, Östebro creates a spatial staging that surrounds, connects, and dispassionately equalises and erases hierarchies between ephemeral elements, props, artworks, and selected parts of the Whose Museum collection. Each component exists with palpable history and is open to being touched, examined, reinterpreted, and reimagined by the visitors.

On an outstretched vanity table ornamented with objects including signed posters, tarot-cards, false lashes, and snake elixir, an over-dimensioned Barbie-styled hand mirror is balancing, like a mesmerisingly campy and menacing crown jewel between two windows surrounded by light-bulbs. In opposite parts of the room, two large prints of a rhinestone and candy bedazzled body are placed. The placement seems random, but far from un-thought. Heels, hats, and faux-furs are carefully thrown around. Nowhere can the face of Belle from Hell, the DIVA, be identified, but they sure are present in the details surrounding us.

Semi-transparent storage boxes with colour-coordinated trash or treasures are placed in piles of three. Everywhere, traces of melodramatic glamour and mystic interests seeps through this well organised chaos. Overfilled vases with fresh and rotten flowers are naturally giving in to the endless cycle of life, while piles of notes and citations cover big parts of the vanity table - reminding us of the fact that nothing lasts, but with our faith and imagination, possibly can return in other shapes, formulations, and definitions.

The space is wrapped in satin-like fabric. Colours are in earthy, yet vibrant nuances of green, pink and purple. Draped from the ceiling, pouring down the walls. The draped fabric feels like an artificial wound or a bosom. Sounds appearing in the space are dimly vibrating without resonance. Soft music by fellow DIVAS and singing bowls travels through the air, which is scented with a combination of sweet floral fragrance and smoke from burned palo santo. Two generous armchairs invite the visitors to rest, contemplate, and heal.

Cancelled World Tour is a place of rest, but it’s also a space that talks about expectations on performing. Behind the pink glitter curtains that hang in front of the backer wall of the dressing room, a distant spotlight and chanting choirs of a crowd remind us of insistent demands and anticipation on an assumed pleasure of going in and out of character. In the exhibition, the stage is nothing but a spatial symbol - since it’s actually lacking function. Belle from Hells’ dressing room provides a moment where something else, that is not yet here, has the opportunity to arise. Here, a clearly formulated performer becomes imaginary - there’s not an exact showtime - nor a typical idea of a spectator. Performances by whoever might come to happen whenever they want to manifest as performances.

The installation can be viewed in relation to the ideas of the late queer theorist José Esteban Muñoz; who connects the dismissive notion of queerness as “just a phase” that is temporary, to the subcultural “stage” in punk clubs and gay bars. Muñoz politicises these places illuminating how they also function as a stage where one rehearses their subjectivity for utopian futures. Östebro extends this thinking through their own practice which investigates the shifting power relations between a performer and their spectator in different performative situations. They use the stage to place the body within a choreographic context, using mimetic repetition and citation in order to reveal the construction of identity.

Östebros’ belief in the power of presence and existence within parallel universes is freeing. They approach play and fantasy through strong, flowy, sharp but gentle movements. In the artists’ Final Performance Ever they introduce Belle from Hell to the city as perhaps a gift from their prolific collective self, leaving a trace of their never-dying presence.

Cancelled World Tour was curated by Tawanda Appiah and Whose Museum - exhibited September-December 2020 at Whose Museum in Malmö, Sweden. During the exhibition period, a series of live-streamed performances, curated by Whose Museum took place within the installation. Documentation of these performances can be found on Whose Museums webpage. 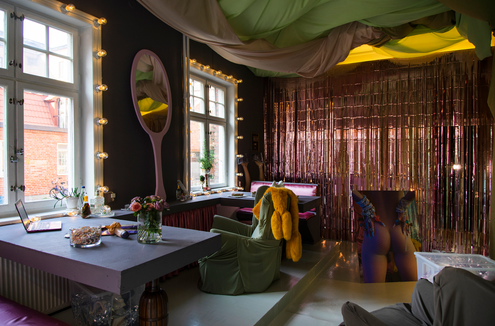 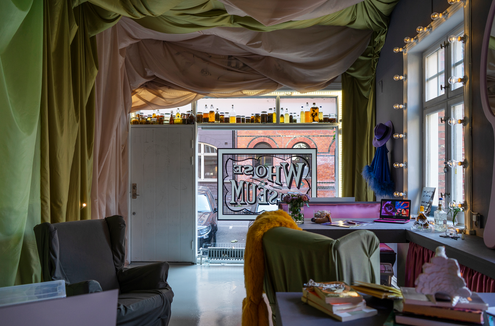 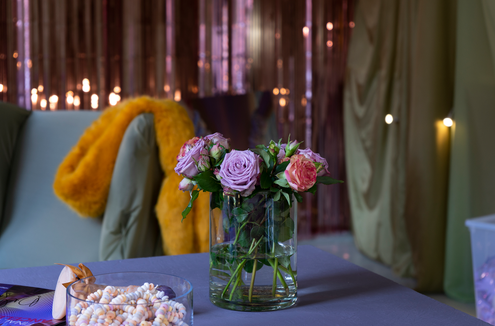 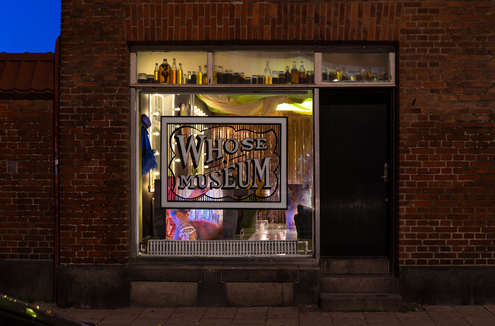 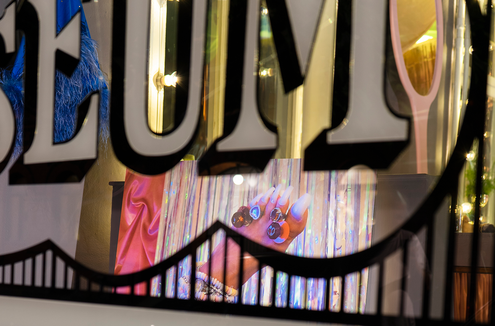 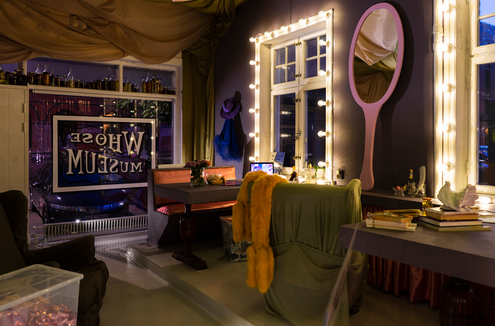 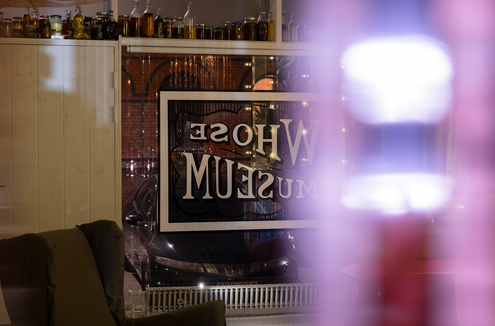 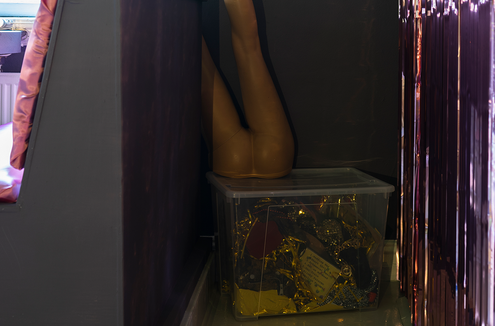 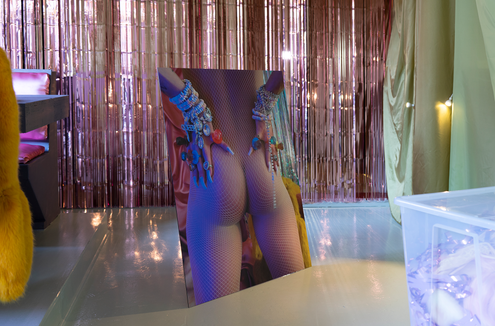 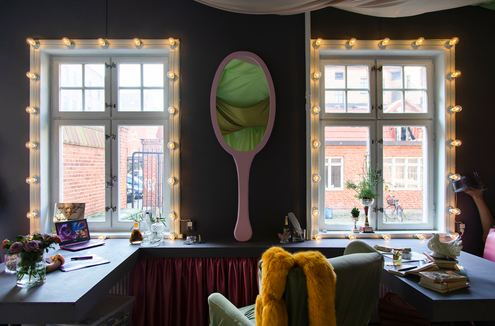 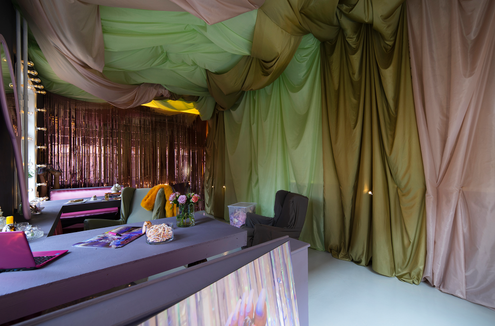 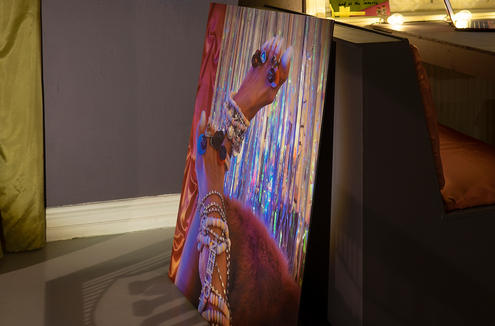 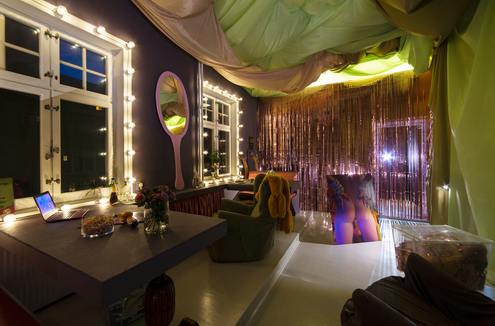 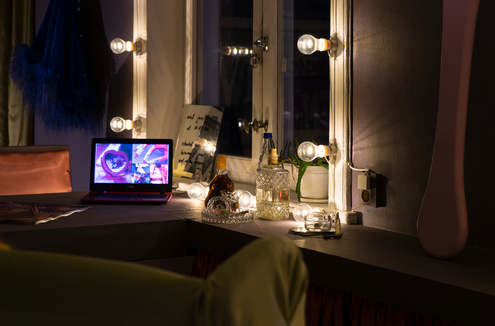 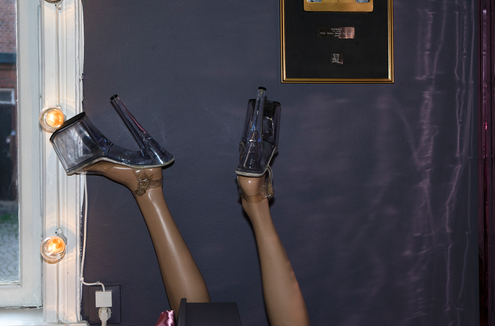 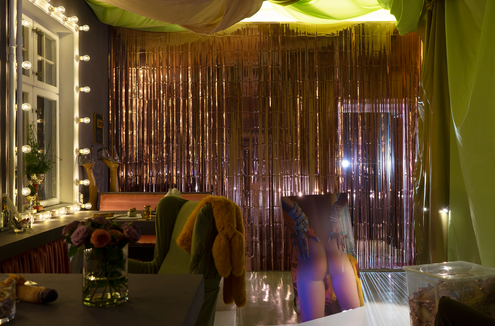