”En föreställning” (2015) is a live-, text- and installation-based work by Rasmus Raphaëlle Östebro and Sara Östebro. The work is an abstraction of the drag-concept, where strategies and intentions originating from drag serves as approach and vantage point on multidimensional levels - beyond the human body as canvas and example. The work focuses on drag as a reflective parody, a critical and playful theory that adds a cordial and productive distance that creates layers on layers on layers, while turning things around and upside down.

The Swedish word föreställning can be translated into and comprehended as: idea, image, notion, performance, show, play, conception, suggestion or construct to mention a few examples. The title of the work points to the different meanings in the word föreställning and uses this to partially reveal its agenda - to pass as a theatre play, well aware that it doesn’t meet the criteria required. The title also refers to the thematics of the text-based material that forms the basis of the live act - where expectations on the stage room reaches beyond and past the stage and its surroundings; and by doing this, presents different strategies for how one can look at situations and things that surround us in all our realities.

The duration of the live act is approximately 60 minutes, and it's performed within and around a scenographic sculpture consisting of four walls of glitter drop curtains that creates a cubic stage room which measures 4 x 3 x 5 meters. Within the sculptural installation - two identical platforms (designed as a drag version of the stage they wish they could pass as) are placed - facing each other. During the implementation of the live act, the (acting) spectators takes their place on one platform while the (spectating) actors occupy the other one - blurring (without erasing) the line between the two positions. 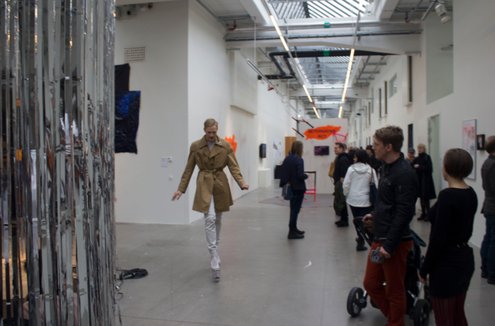 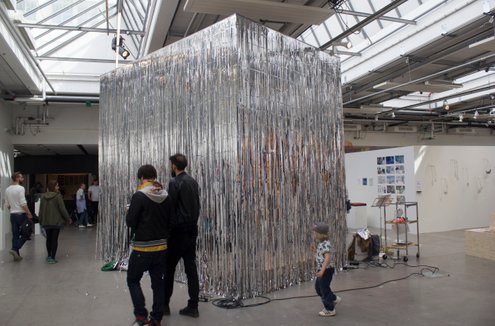 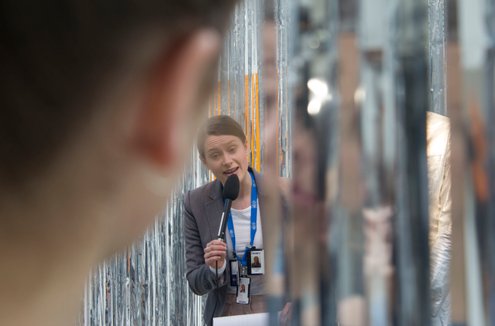 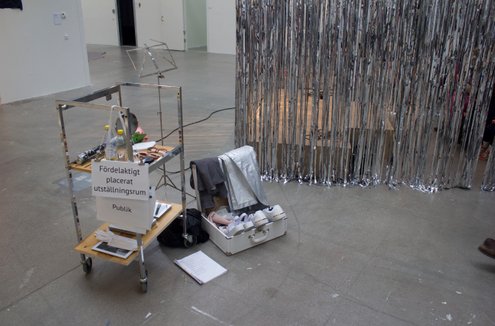 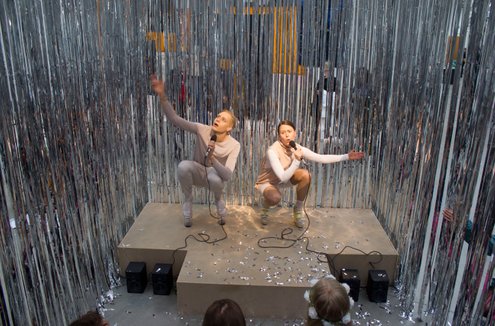 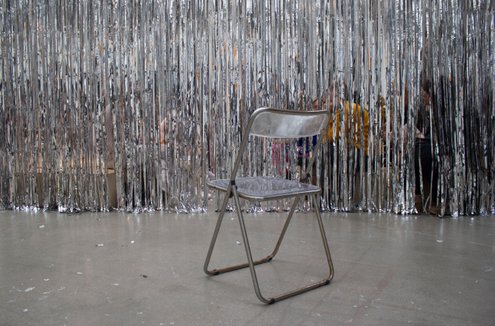 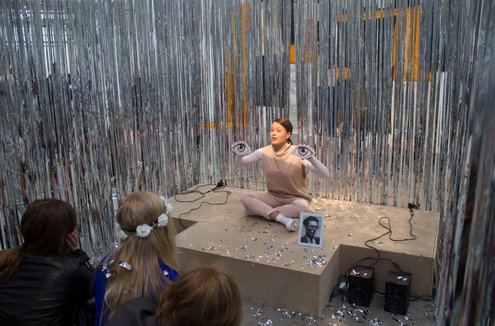 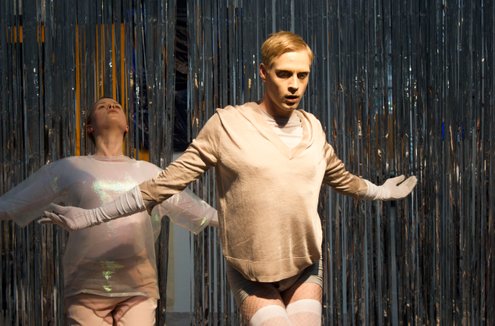 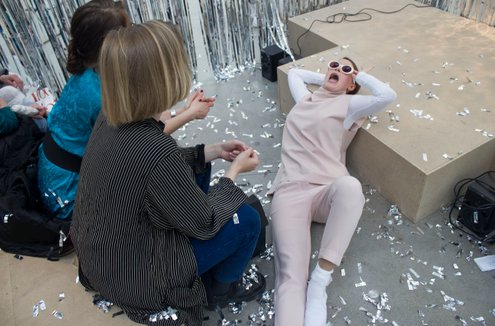 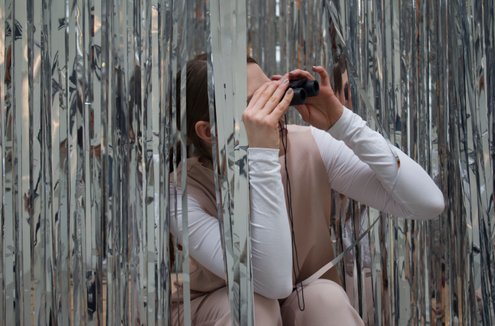