The Stage is Yours (2014) is a scenographic installation, a mise-en-scène of ’reality’ and a constantly ongoing live act that creates possibilities for bodily explorations with prospects to destabilise and reformulate assumptions about the spectators position.

The site-specific installation consists of four tripods with spotlights facing a 31.5 meter long glitter drop curtain that splits the exhibition space (Vita Havet at Konstfack in Stockholm) and creates a two-sided stage. The glitter curtain is a dividing line between two areas, a distinct yet subtle distinction between what might be perceived fiction and reality - a curtain where the other reality seeps through. At the same time the glitter drop curtain functions as a portal where the spectator/actor has an opportunity to make an entrance or exit, while stepping in and out of character - shift identity in order to from different perspectives examine their personas. The spotlights that faces the curtain illuminates te scene, while activating the glitter curtain in form of a sculptural object and/or co-star. 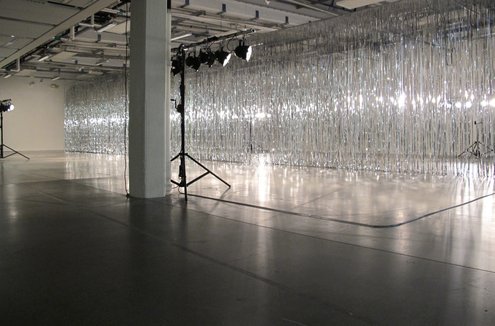 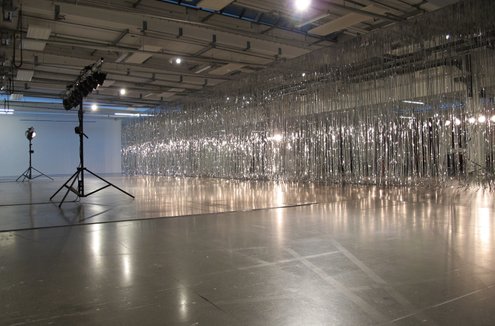 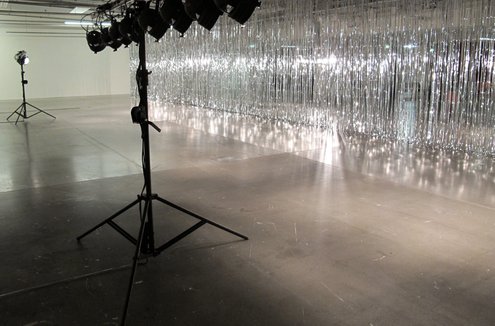 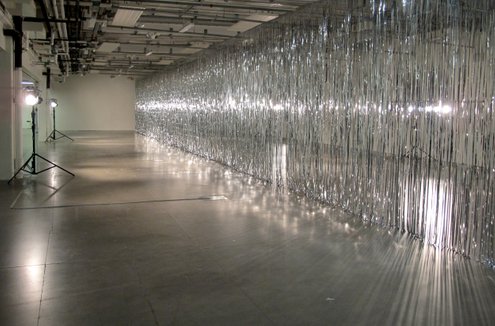 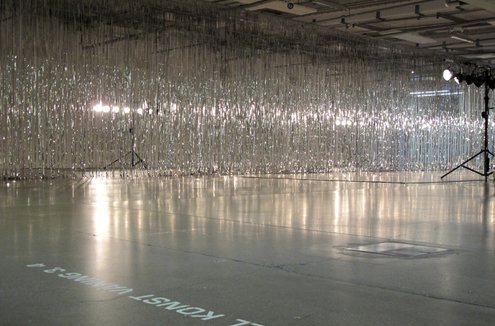 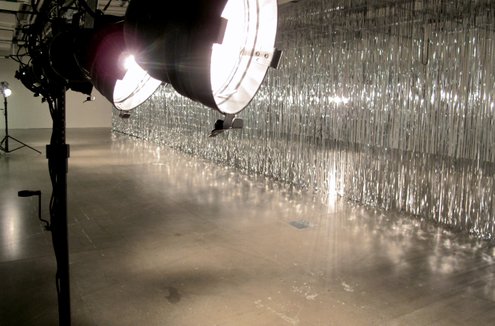 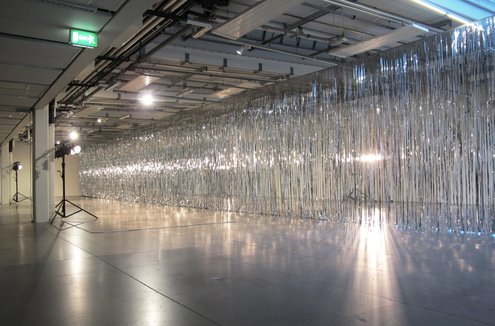 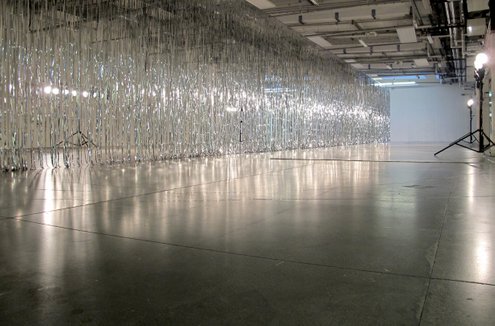